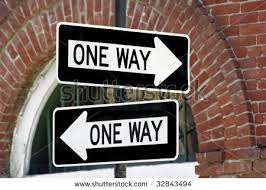 Mons is not that large of a city. With an area of just over 56 square miles and a population of 93,000 it is actually quite small. Mons proper is compact; I can easily walk from one side of the city to the other in a short time. Like many urban centers, this one is enclosed by a ring road that circles the city. Unlike most ring roads however, this one only moves in a one way, clockwise direction. In theory this ring of traffic makes it easy to circumnavigate the city and with strategically placed exit ramps it is easy to reach the most popular or important places within the city. And this is good, since the inner core of the city has limited parking and is a maze of narrow, one way cobblestoned streets whose layout makes no sense to me.

We live inside the ring road in the city center on a narrow one way street. Our secured garage and parking space is a block away on another one way cobblestoned street. We are fortunate that the exit off of the ring road is just a few short blocks from our house meaning under normal circumstances we can easily hop off the ring and to our house and / or our garage. It sounds simple enough, right? Of course not.

In anticipation of Mons being designated as a European Capital of Culture in 2015, the city is undergoing a renaissance of sorts with buildings being renovated, historical sites are being refurbished and many of the city's inner roads are being resurfaced with fresh cobblestones or pavers. Even the city's train station is being rebuilt from the ground up. It is actually all quite exciting and I can't wait to see how it all turns out. But in the meantime, we are essentially living in a construction zone of one way streets. And with one way streets you can only go.......one way. I think you know where I am going with this.

Several of the streets in our neighborhood have been closed since we moved into our house. (We should have taken it as a sign when our GPS failed us on our first attempt to visit the house). While their closures continues to confuse our GPS we've learned to navigate our way around the blockages and know how to get in and out of our neighborhood somewhat efficiently. Many of the closed streets actually run parallel but not adjacent to each other making it easy to go in one direction but virtually impossible to move in the other direction. But somehow we're muddling through and keep telling ourselves that there is a light at the end of the tunnel; just imagine how easy it will be to get around once all of the streets reopen. But then the city did something unthinkable, it closed a key (to us) one way street in our neighborhood. 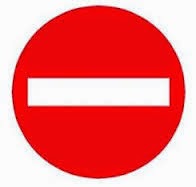 The route between our house and our garage is up a narrow hill. The walk is a block away and unless I am hauling bagfuls of groceries, it isn't that bad. Actually, I will often live park in front of the house to off load my bags then drive right up the hill to park. But this is the road they closed meaning my short drive no longer exists. The closure came out of nowhere on a Thursday afternoon. One of the old brick mansions is being renovated and because buildings in the neighborhood lack setbacks, the only place to set the construction dumpster is in the middle of the street. Hence the closure. At first we thought it would only closed for a day or even a few days at most. After all, it is a city street. No such luck. As it stands now the road will be closed at least until the end of June. Yes June. That means a good six to seven weeks of no easy vehicle access from our house to our car. On the off chance we are able to find a parking space in front of our house we would have to drive a round about route to get out of the neighborhood. Or if we can't find a parking space, which is more often than not the case, we need to drive around for a good twenty minutes or so to get back to our garage (which is only one block away).

With this closure I've discovered that if I am to obey the flow of traffic the only way out of our neighborhood is along a round about route that takes us directly through the center of the city. In the morning it could easily add twenty minutes or so onto our commute. Unless it is Friday. That is the day of the largest market in Mons and the market takes place directly on the route I need to drive to get out of the neighborhood. In other words, the entire stretch of road is closed from the early morning hours well into the afternoon. I found this out the hard way when I was trying to navigate my way out of the neighborhood to pick Sidney up from school. Between the road blocks and traffic it took me over an hour to go the short eight kilometers I was trying to travel. It's a good thing I left early so I was only a few minutes late!

I keep telling myself that there has to be other ways to get in and out of the neighborhood but after my neighborhood walks and hours spent scrutinizing Google Maps I'm thinking there really isn't. So in many ways we are simply trapped. But all is not lost; I'm building up my biceps by lugging groceries from the garage and I'm putting many miles under my feet as I canvas the neighborhood in search of that elusive one way street that moves in the right direction. And if all else fails, I can just wait until the end of June for the street to re-open. Life will really be easy then.

Ah, these are the joys of city living. Despite it all, however, I'm not sure I would trade it for anything.