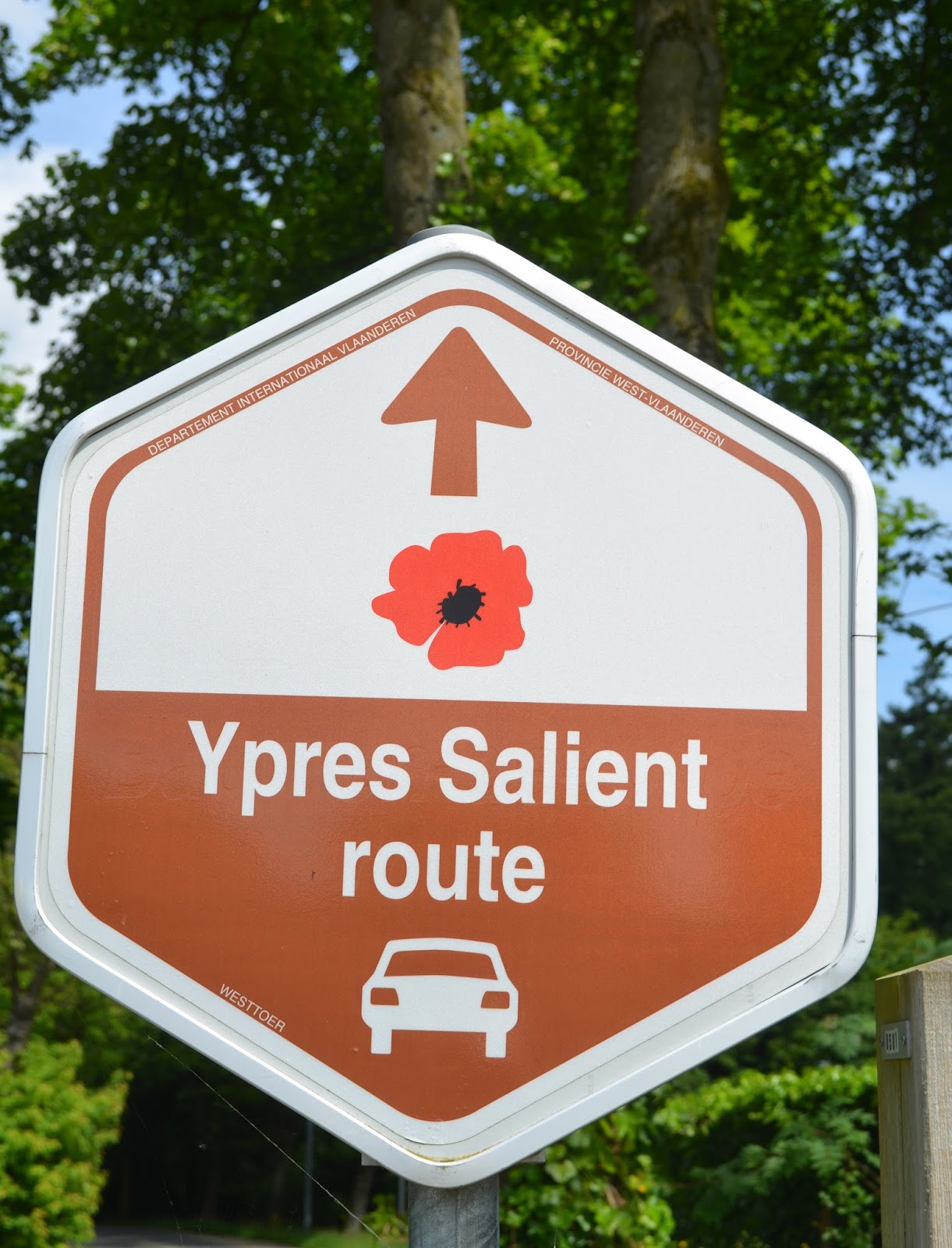 For too many Americans Memorial Day is simply an extra day off from work. Ironically enough, schools and work are open here today but that doesn’t make the day any less significant for us. But because we wouldn’t be able to attend any Memorial Day celebrations today, we recognized the day yesterday through exploring the World War I battlefields of Ypres and then attending a ceremony at the Flanders Field American Cemetery in Waregem, Belgium. It was an emotional, moving, and historic way to spend such an important day. I’ll admit that while I am pretty well versed in World War II history, I don’t know nearly as much about World War I as I should. So this was a driving force in our heading to the battlefields from the Great War.

We started off by visiting the Canadian Hill 62 Sanctuary Wood memorial. On a cool Sunday morning we practically had the site to ourselves. Both the memorial and the nearby Sanctuary Wood Cemetery were eerily quiet as though they were reflecting the solemn nature of what had taken place here just one short century ago. Yes, it is so easy to forget that all of this carnage took place such a short time ago. In 1916 Canadian forces recaptured and held the area from the German forces. Because the hill is on higher ground, the Canadian occupation denied the German army a view of the nearby town of Ypres. At the nearby Sanctuary Wood Museum we tromped through the muddy twists and turns of some of the few remaining World War I trenches in Belgium. I never realized quite how many twists and turns they had until I stood above them looking down. Sidney and Glenn explored the dark and muddy tunnel and I simply marveled at the fact that we were literally standing on a battlefield where not so long ago war was fought and lives were lost in the name of freedom. It was a very moving experience. The museum also has a large collection of photographs, weapons and other war memorabilia which contributed to making the war feel “real” to me.

Just down the hill from the memorial lies the Commonwealth Sanctuary Wood Cemetery that is the final resting place for 636 Canadian soldiers. This cemetery is just one of many that dot the Belgian countryside. In fact, we spotted several others during yesterday’s drive. With their white marble stones and immaculately manicured green lawns, they are a distinctive sight that makes the number of young lives lost a reality.

But for me, the highlight of the day was attending the Memorial Day Ceremony at the Flanders Field American Cemetery.  With 368 graves the cemetery is small by most standards but it is the only American World War I cemetery located in Belgium. Like its nearby Canadian cemetery and the other military cemeteries across the continent and the world, this final resting place is well cared for and even when filled with people, felt tranquil and serene. (There really is something about cemeteries that makes speaking in more than a whisper simply feel wrong).

I have attended the annual Memorial Day ceremony at Arlington National Cemetery but this one felt different for so many reasons. Hosted by the American Overseas Memorial Day Association of Belgium, this event was much smaller than the one back in Virginia yet for me it felt more poignant. The ceremony itself was short on speeches and long on ceremony. Perhaps it is because the ceremony has been held annually since 1923 or that the audience was comprised of just as many (if not more) Belgians as Americans. Attendees also included the family members of several soldiers buried in the cemetery as well as veterans of World War II. It was attended by a representative of the King of Belgium, SACEUR and the Charge d’Affaires from the U.S. Embassy in Brussels. American Boy Scouts passed out programs and served as ushers while the military honor guard served as the color bearers.  Dignitaries laid a number of wreaths in honor of the fallen. The sound of the Belgian school children singing the American anthem and waving both American and Belgian flags, just as they have every year since 1923, brought tears to my eyes.

Sitting on a grassy embankment and taking all of this in made me feel proud. Proud, thoughtful and reflective. We did our best to explain what was going to happen ahead of time but the significance of the ceremony was most likely lost on Sidney. None the less sat by our sides and someday he will understand what he was a part of. Since 2014 is the centennial year for the onset of World War I it felt especially important to be here and literally being a part of history.
These commemorations take place across Belgium each Memorial Day weekend. This is the first one we have had the opportunity to attend but I can say with certainty that we will be attending more in future years. So if you are in Belgium over Memorial Day weekend, you too can attend one of these ceremonies. More information on this and future ceremonies can be found here.  You can also visit the cemetery and other World War I battle sites during the rest of the year. A visit is sure to be memorable.
Posted by Zosia at 11:45