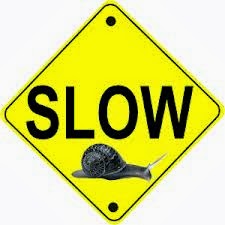 Avash, avash. It was a phrase we both heard and used regularly in Albania. Loosely translated it means "slowly" or "little by little". As in "Sidney, slow down." Or "in good time, don't rush things". I used to joke that it was simply a way of explaining Albanian time; meaning things would happen when they happened and they shouldn't and couldn't be rushed. As someone who tends to operate on full-speed-ahead mode, it took me awhile to learn to accept the inevitable; i.e. things would happen when they happened and not a moment sooner. They could not or would not be rushed. But eventually I like to think I did accept this way of doing business. Or at least I thought I did because upon moving to Belgium, I've discovered a whole new meaning to "avash, avash" and I can't say I'm crazy about it.

We had been warned that things can take awhile in Belgium; phone and Internet service can take weeks to be set up while the simple act of registering your car and receiving your Belgian license plates can take even longer. But, we had also been told that since we had transferred here during the off season, things would move along faster than usual. We spent most of our first business day in Belgium taking numbers and standing in line waiting to get things accomplished. But in reality, by the end of the day we had yet to accomplish anything. Instead we had shuffled from one office to another only to find out that we had the wrong paperwork, were missing necessary information, or that desks were simply empty with their occupants no where to be found. On our second day we accomplished a bit more but learned two important pieces of information; first, Belgian lunch hours were not to be interfered with. At one office we were sternly told that the lunch break began promptly at 13.00 but if we showed up five minutes before then we would be sent away. Second, none of the above tasks we had been trying to accomplish could be completed until we had a permanent address (i.e. we had a signed lease and house to move into). If only someone had told us this from the get go but apparently passing along that information wasn't in anyone's job description. Needless to say, our first couple of days were truly frustrating and it was during this time that I recalled the "avash, avash" phrase. So I changed my mindset. On our third day I only set one goal for myself and low and behold, I achieved it. Never mind that it had really taken three days to do so but it finally happened. Perhaps we were making progress? And the next day? After viewing four prospective houses on our house hunt in one day I felt as though we were on a roll. But then my Belgian reality came crashing back and our progress slowed considerably.

This past week, our second full one in Belgium, has been more of the same. It has been two steps forward and one step back. We finally have our hands on the correct paperwork and an office isn't open for another two days. We arrive at a scheduled appointment only to find a walk in client already there monopolizing the only clerk's time. For the third time we were told that no one really knows where our household goods shipped three weeks ago from Albania are but they will "get back to us when they know something". Obtaining a simple signature on a document becomes anything but. Despite having an appointment (which I'm beginning to realize is simply a term that makes Americans feel good), it took days to receive it.

Remember, we are transferring here during the slow season. So I can only imagine how slowly things must move during the busy summer transfer season when most of Europe is "on holiday". I guess I should just appreciate the relative speed by which we have accomplished things so far. And if no one else is in a hurry or worried about deadlines, then I'm (going to try) not to worry either.