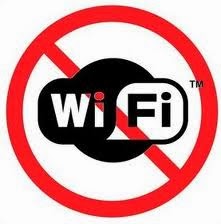 Everything about this move has been more difficult than it needs to be. Perhaps (Actually, yes, I know we were) we were spoiled by the “we will take care of everything for you” mentality of the Embassy community but trying to get what should be the simplest of tasks completed here in Belgium has been anything but easy. Hence the reason I am parked in a café with free Wi-Fi at the moment and will be for the foreseeable future whenever I want Internet access……….

The first thing we did once we had signed the lease on our new house was to march over to the local telecommunication office to set up installation of our telephone, cable, and Internet service. Despite their office only being open one day a week and with limited hours at that, I was able to walk right in and schedule an appointment for a technician to come out and get us connected. Much to my surprise the first available appointment was in one week, which was the day after we were to move into our house. After hear horror stories about lengthy waits and repeated appointments I felt as though we had finally lucked out.

Throughout the week I received periodic text messages reminding me of my designated appointment (within a five hour window of course) and I even received a text message the morning of alerting me to the fact that the technician was currently en route to my house. Score! Or so I thought. He promptly arrived, speaking not a word of English but set about wandering through our empty rooms looking for the necessary outlets. I stayed nearby not really knowing what I should do. When I heard him muttering under his breath in French I knew things didn’t look good. Then he was on the phone, again speaking in French. I was able to make out the basic gist of what was being said. Apparently there were problems and “Madame” didn’t speak any French.

Soon he pushed his phone towards me and I saw a message in English asking where the electrical wires came into the house. Ummm….I didn’t have a clue. We just moved in yesterday and even if we had been here for some time, I’m not the handiest of people so I still probably wouldn’t know. I shrugged but lead him to the creepy cellar and even creepier attic to take a look but we came up empty. Soon he was back on the phone again and I then found myself reading another message saying that I needed to have an electrician come out to resolve the wiring issues. Err……just what we didn’t need to deal with. Once that was taken care of I could call them again to schedule another appointment.

So we’re back to square one. Our property manager is scheduling an electrician but I have no idea when he will actually come out. Once that is done I have no idea how long it will be before the Internet company comes back out. One week? Two? Probably more.  And what’s to say that we will have success when they do come back? I had heard about these problems and been warned about them. And now we are experiencing them.  In the meantime we’re frugally relying on our pre-paid SIM cards (we have a permanent carrier lined up but we need Internet access to establish the account), which because this is Europe, doesn’t come with unlimited data plans. Welcome to Belgium!
Posted by Zosia at 17:23