Dorothy, We're Not In Kansas Any More 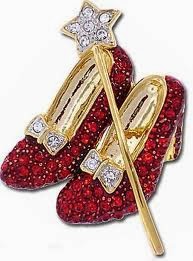 Or in our case the Mediterranean, specifically Albania-the land where anything and everything goes. We are in Belgium, attached to an international military command where rules and regulations are enforced. In many respects returning to a military community is like coming home for us but it isn't until you find yourself back in such an environment that you realize just how loosey-goosey things were where you came from. (And this isn't bad, I rather like it. But because it is different, it is simply an adjustment).

And the differences between the way things were and the way things currently are, are everywhere--at least to us. To begin with, lets talk weather. The Mediterranean climate which we had grown accustomed to was hot, sunny, and dusty in the summer and temperate, damp, and muddy in the winter. Here in Belgium the weather is essentially the same all year around- cool, cloudy, and rainy. But all of the rain serves a purpose. Even in February, Belgium appears green and lush. Acre upon acre of rolling green fields give way to even more greenery. No brown or arid fields here; everything looks fresh and healthy. And speaking of fields, this region of Belgium is flat without the steep mountains that cover much of Albania. When we are out driving around Sidney has been looking out the window and asking where all the mountains are. My response has been south of us........

But the biggest differences between our old world and new one are cultural.  First there are the families and children. Children are everywhere but rather than being treated like little kings and queens, they are expected to be seen and not heard. In some respects this attitude has been stressful for me; Sidney's occasional public temper tantrums which were met with sympathetic smiles and nods of understanding in Albania are greeted with sneers of disdain here. I have yet to see a child in public throwing a fit and even Sidney has noticed and commented on this. As he says, the babies (what he calls any child) are quiet. I'm using his observations as a lesson on how he should behalf and I dare say he is catching on. On more than one occasion when he would have otherwise protested loudly, he has quickly commented that he wants to be quiet like the other children. This is definitely not a bad thing.

And the differences go on. Smoking bans are actually enforced meaning restaurants, shops, and other public spaces are free of the plumes of smoke that I have sadly grown accustomed to breathing. Because of this, going out is actually a pleasant experience. Restaurant menus are varied rather than the same handful of items we are accustomed to seeing. That said, Sidney's standbys of pasta or pizza aren't always readily available. Sometimes this is a challenge but it is forcing a set in his ways little boy to expand his horizons. Whereas days in the Med started late and ended even later, here the schedules start and stop earlier than we have grown accustomed to. Finding a sit down restaurant that actually served food before seven in the evening was a challenge in Albania. In our little corner of Belgium, meal time begins earlier. But we're actually finding this to be a good thing. Eating dinner earlier may mean less down time between work and dinner but it translates into earlier bedtimes and yes, more sleep; sleep which is desperately needed by our entire family. Whereas in Albania we were just getting going by the time nine o'clock rolled around, since we've arrived in Belgium, we have all been fast asleep by this early witching hour. And these differences are just the tip of the iceberg.

But I believe that change and differences are good. It may not always be comfortable but in the end we are better because of them. And if there is one thing I've learned in the course of all my travels it is that what makes each country or region unique is what makes that place special. Just imagine how boring the world be if things were the same regardless of where we were on the globe. So we may not be in our Kansas anymore anymore but that doesn't make it better or worse than where we are now. It is just different and like I said, different is a good thing.