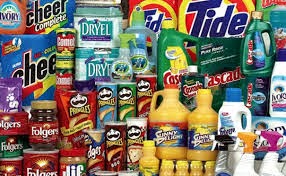 I remember the first time I stepped foot in an Albanian grocery store. Looking around me I felt overwhelmed and out of my element as I didn't recognize any of the items I saw. At first glance the shelves were filled with a variety of items with foreign labels written in Italian, Greek, and sometimes Albanian. Items were not organized the same way they were in American stores leaving me wandering aimlessly through the aisles unable to find what I was looking for. At first I wasn't sure whether the item was simply unavailable in Albania, I was searching in the wrong place, or I was looking right at it and not recognizing it. After awhile, by looking closely at items, thanks to pictures, I was eventually able to figure out what was inside of most cans and jars but I still erred every once in awhile. I remember thinking I was buying capers and once they were added to my chicken piccata discovering that they were actually green peppercorns. Oops! Over time, however, my comfort level at Albanian shopping grew to the point where I knew what was located where and what was available, meaning on a good day I could be in and out of the store in a matter of minutes.  I learned to love the products that were available and became incredibly innovative in making substitutions when needed. And then we moved...............

I'll admit, here in Belgium, I'm once again feeling a bit overwhelmed about stepping foot in a grocery store. After living in a second world country, the choices available to me are stymieing me from the moment I grab my shopping carriage. Because we are now located in close proximity to an American military base, I now have regular access to commissaries. For the unfamiliar, commissaries are essentially military grocery stores that sell American grocery products. Regardless of where you are in the world, whether you are in Virginia, San Diego, Japan or yes, Belgium, the store layouts are the same and you can buy your Oscar Meyer Bacon, Old El Paso Taco shells and Bounty paper towels. (It is like having a little piece of America in your shopping cart). Stepping into the commissary for the first  time I felt like I was immediately transported back to  northernVirginia. But I was overwhelmed just the same. I was simply not used to having so many options.

By the time we left Albania many of the most popular American brands were available in the stores. Heinz ketchup lined the shelves and it even came in a "spicy" version which wasn't all that spicy. Coke was always available but the European version was made with sugar rather than corn syrup, which produced a drink with a totally different flavor. Pringles were readily available in every store in Albania but the flavors were different and limited. Sidney's favorite in Albania were called "spicy" which in reality was a red pepper flavor. Here the choices are endless; while not including red pepper you can even buy pecan pie and guacamole or one of many other varieties. Who knew?  Looking for an easy dinner option, I selected boxed pasta and Barilla sauce from the shelf. First, the number of brands available to me was overwhelming. While the pasta tasted the same as the Albanian version, the sauce, one that I regularly bought in Albania, was different. Despite being the same brand, what was in my jar was sweeter and thicker than what I had bought in Albania. Looking closely at the label I saw that my Italian Barilla pasta sauce had been imported from the United States. I suddenly found myself longing for my European sauce. And rice for risotto, my go-to meal? None could be found on the shelves but I could have bought ten different varieties of instant or quick cooking white rice. But some of the differences in products were wonderful. My name brand paper towels purchased from the commissary were soft and absorbent rather than the flimsy yet stiff paper products I had grown accustomed to. My hands actually felt soft rather than shriveled and dry after washing a sink full of dishes with my American dish detergent. These are a few of the "luxuries" I had been missing.


But my options don't end there. In addition to the American commissary, there is a whole variety of European grocery stores in Belgium. The most prevalent appears to be Carrefour, a French grocery chain that also established a small footprint in Albania during our final year there. But all Carrefour stores are not created equal. I know stores cater to their market and in that respect I suppose that the Albanian Carrefour stores meet the needs of their clientele. In fact, the items they carried were not all that different from those sold in the other grocery store chain in Albania. Choices were limited but somehow it seemed to work. But Belgian Carrefour stores? They are a whole other beast that are 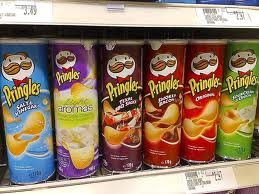 overwhelming in their own (good) way. Looking for cheese? Forget one aisle, there are several. Do you want crackers to accompany your cheese? There is an entire aisle of different varieties dedicated to just this. In Albania you might find an entire aisle of crackers but they were all the same saltine-style cracker. Juice? With the exception of the red orange juice that Sidney loves, this Carrefour has every variety imaginable. And yes, there are American brands as well. In addition to European brands, the cereal aisle is filled with Kellogg's varieties that again, I never knew existed. Need to fulfill your Mexican cravings? You have choices here too. And the options just go on and on.

Honestly, at the moment I feel as though I have too many choices. While I still love certain American products, I've grown used to shopping in local markets and for the most part, buying European products. (For all you bakers out there, those gourmet European butters that cost an arm and a leg in America are everyday inexpensive here!). Even in the midst of my cultural shocked daze, I'm realizing that I now have the best of both worlds. I can buy the American products I love (cleaning and paper products) and the European brands I've grown to prefer all while discovering items unique to Belgium. Once I recover from my initial shock, this is going to be fun. And if history holds true, I'll soon be in and out of these stores in a matter of minutes as well.........or maybe not since I do have a lot of options.