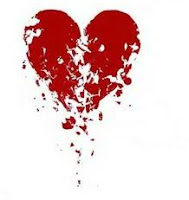 CIA Director (Retired) General David Petraeus was just the most recent high profile man whose name has been besmirched by the revelation that he had conducted an extra-marital affair. He follows in some equally high profile footsteps:   Bill Clinton, Newt Gingrich, Prince Edward VIII, John Edwards, Gary Hart, John F. Kennedy.  Sadly enough, the list just goes on.  Heck, Thomas Jefferson, a man hailed as a founding father, entered into his own affair with Sally Hemmings.  Perhaps he was only setting an unfortunate precedent on which future men of power were to stand.

Each and every man, upon the public revelation of his indiscretion(s), has issued a public statement along the lines of being ashamed and regretful for their actions, feeling sorry for the hurt he had caused his family, and being remorseful for letting his country and/or supporters down.  Sometimes these sorrowful pleas are made with their wives standing by their sides.  Sometimes they go it alone.  So my question is this:  why is this pattern of indiscretions repeated over and over from one generation to the next?  Was the risk of losing it all---their family, position, status, and reputation worth the sex?  Or was it more than sex?  In the big scheme of things is ego so closely connected to that all so important male organ?

Caught up in the news coverage of this latest scandal, I stumbled upon a picture of General Petraeus and his wife at his retirement ceremony.  She is exactly what I can see myself being in a few years:  a woman who isn't as fit and attractive as she once was; who looks perpetually tired, who has dedicated herself to supporting her husband's career and raising their children at the expense of her own self care. She is obviously someone who has performed the unpaid responsibilities that were expected of her due to her husband's position thus silently making it possible for him to achieve the success that he has. News accounts have discussed her ongoing dedication to military families of all ranks through numerous long deployments.  (One could argue it was her decision to do these things but the unspoken military rules dictate that providing this support and leadership is the responsibility of command spouses and thus does impact their husband's careers).  And then you see a picture of the "other" woman.  Cute, perky, and fit, she appears to be everything that Mrs. Petraeus isn't.  One look at her and you know she isn't dealing with midnight feedings, debating over whose turn it was to take out the trash, and wondering how to make financial ends meet at the end of the month.  Sometimes I wonder whether this is just the lot in life for so many of us who have sacrificed our own dreams and desires in order to support those of our husbands.

Is the sacrifice worth it? While educated, cultured, and supportive, these supporting women aren't necessarily using their education when they drive car pool, manage the military wives club (yes, these organizations do still exist), and keep the household running.  As someone who falls into this group, it often makes me wonder whether someone who is well versed in politics and world affairs and has the opportunities to use this knowledge is more intellectually, and perhaps physically attractive that someone whose day revolves around meeting the school bus, baking dozens of cookies for the PTA bake sale, paying the mortgage, and planning family vacations to visit the in-laws.  I know wives who have stressed over this while stuck at home while their spouses work long hours, travel or are deployed as part of their job.  Does sheer proximity create opportunities?


Every time I hear of yet another extra-marital affair—whether high profile or one between ordinary people—my own insecurities bubble up to the surface. For some reason, news of affairs strikes a chord with me; despite the sense of commitment that I feel is prevalent in my own marriage, in my more insure moments I wonder if I too could fall victim to being the naive spouse.  I wonder whether infidelity is an unfortunate fate that will touch most couples.  (After all, 50% of first American marriages and 67% of second marriages end in divorce with 60% of these divorces being attributed to infidelity on the part of one or both of the spouses).  Sometimes I worry that I don't show enough interest in my husband's job and career.  Should I be asking more questions?  Should I ask less?  Should I muffle my complaints about the mundane household issues-- car maintenance, paying bills, or remembering to follow through on one of a hundred other less than glamorous tasks that make up our lives? Should I make more of an effort to be domestic (a real struggle for me)--a cleaner house, be more dedicated mother, tend to his needs instead of telling him to do it himself?  Should I fawn over him more and play up his importance instead of being what I see as the grounding force in our relationship (what he is doing now is only temporary but our family unit is forever).  Despite being tired at the end of the day, week, etc should I be more sexual?