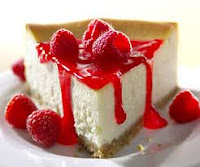 We recently hosted a dinner for several members of the attache corp here in Albania.  All eight of us at the table enjoy good quality food that is both well prepared and well presented. Glenn and I put together the guest list thinking that this would be an opportunity to serve more flavorful and unique food than many of our usual guests find palatable.  I loved the idea of this dinner but as I set about actually planning and preparing each dish, I began to second guess the wisdom behind the entire evening.

With the dinner planned for a Monday evening and my having to work all that day, I spent most of the previous weekend doing the actual shopping and cooking. As is the case with most things in Albania, everything here is more difficult than it should be.  Not being able to find the ingredients I needed, each course of my menu kept changing until it barely resembled what I had originally planned.  While I was rushing through my preparations, I figured that if all else failed, my New York style cheesecake, made with the last of my real Philadelphia cream cheese imported from the Navy Commissary in Naples, Italy, would be the saving grace of the dinner.   That was until the bottom of the pan fell out leaving me covered in a smooth and decadent mixture of cream cheese, eggs, and cookie crumbs.

I was close to tears as I mopped up the sticky mess from the floor, stove top, and front of the hot oven where it had immediately petrified upon contact.  I was angry at myself for rushing and being careless; I furiously wondered what I could serve as a substitute, and I wondered how I would now get everything done in my already rushed time frame.  Instead of comforting me, the sympathy being extended by Glenn and Sidney only fueled my anger.  As I chipped baked-on batter from the crevices of the range (how on earth did this gooey mess spread so quickly?) I began to reflect on the whole situation and realized that if I had just taken the time to be careful, if I had made sure that the spring form pan was really secured, and I had placed it on the cookie sheet BEFORE filling it with the batter, I wouldn't have had this problem.  My take away from this experience is that if you take the time to do it correctly, things will always work out better in the end.  My brain really was spinning because as I scrubbed up the last remants of my failed dessert I started comparing my flopped cheesecake to the country of Albania.  Yes, you read that correctly:  my cheesecake mess is much like the country of Albania.

Since we first arrived here, both Glenn and I have felt that Albania is a country with so many possibilities but whose potential seems to be fading away by the day.  From the country's poorly planned and implemented infrastructure to its lack of building codes resulting in uncontrolled sprawl, Albania is bursting at her seams and taking her magnificent natural beauty with her. In the quest for instant gratification, houses are built where there is empty space but this is done without proper considerations being made to access to public services and utilities.  Hence one problem is simply compounded with another.  In a pre-election year roads are being built and paved at a rapid pace.  While they may look good now one wonders whether they will withstand the test of time--or even a year or two.  Government officials make decisions and enact laws that benefit a few at the expense of the many; again, this may result in splashy instant gratification but the longer term consequences are often detrimental to all of Albanian society.  Unfortunately it appears that in the rush to make up for lost time, too many corners are being cut and shortcuts taken.  Remember, just because you paint a pretty picture or drive the big car with shiny hubcaps doesn't mean that what lies underneath is made of quality material.  Care in planning needs to happen now before it is too late to rectify all of the past mistakes and to prevent future ones.

See, Albania really is like my cheesecake.  If I had taken the time to plan and implement it correctly from the beginning, I wouldn't have found myself in such a mess.  If Albania had taken the time to plan for her future, they wouldn't be in the current mess they are in today either.  Eating a well made cheesecake is a heavenly experience; visiting a well planned and operated Albania could be as well.

P.S.  I ended up making a flourless chocolate cake that turned out to be a hit.