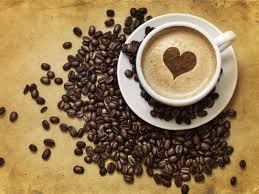 Albanians love their coffee.  One only has to take a look around any village or city to see the hundreds of cafes that line the streets.  From the capitol city of Tirana to smaller towns throughout the country, cafes are as ubiquitous as car washes in Albania.  Whether we were pressing olive oil at a roadside factory in the seaside village of Orikum or we exploring the mountain village of Theth (which lacked any restaurants or stores), we have been able to find cafes.  There are three things I've learned about Albanian cafes. First,  while there are places that I would readily associate with the word "cafe", rarely are they fancy--any place where a rickety table or two and a few chairs can be set up---is considered a cafe.  If there isn't space inside, an outdoor porch, patio, or even front lawn will do.  Second, the majority of them don't sell any food.  Your menu options are most often limited to coffee, perhaps bottled water and juice, and of course, raki.  No fancy coffee drinks are served here.  The actual coffee itself is most likely to be served in the form of small shots of thick Turkish coffee or as a macchiato-- a small, equally strong cup with a dollop of hot milk.  Two packets of sugar will always be served on the side.  The price is an equally unimpressive equivalent 50 cents to a dollar- depending on the drink and the location.  I can only imagine what Albanians would think about paying four plus dollars for a fancy cappuccino from Starbucks.  A few places might have slightly fancier drinks but those really aren't cafes.  Thirdly, cafes, like the rest of the country, are filled with smoke.  Albania has a national ban on smoking inside of buildings.  While most businesses will have signs posted to this effect, I have only encountered a handful of full fledged restaurants that actually enforce this rule.  Asking someone not to smoke will be met with hostile glares and more often than not, smoke being blown in your face.  Fortunately, the weather is often nice here and just about every cafe has outdoor seating.  If you can manage to grab a table that is upwind of the smokers, you might be able to enjoy your coffee in a relatively smoke free environment.

Drinking coffee is an event; you will never see an Albanian walking down the street holding a giant paper cup of the hot beverage.  (Given the excess trash that fills the streets I suppose we should be grateful for this).  Albanians and internationals alike will invite you to meet for coffee. Whether it is business or personal you will sit in a cafe for hours talking. If you are meeting for business it is unlikely that any business will actually take place during that first meeting; a second meeting for coffee will become necessary.  From sun up to long after sundown, cafes are filled with lounging people nursing small cups of coffee.  At fifty cents a cup it is cheap entertainment.  The cafes are usually filled with men (I speculate that the women are too busy working for such idling) but on occasion you will see groups of women sharing a coffee.  I actually belong to two international coffee groups and we have been known to spend several hours at a time talking and drinking.  In true Albanian form I've learned that the actual drinking of the coffee is only a small part of the event; it is the socializing that is what is most important.

While strong Albanian (and Turkish) coffee has grown on me, I still love my large cups of American style brewed coffee.  At the Embassy we bring our big mugs up to the coffee bar each morning to be filled with milky cappucino (because the coffee bar is inside of the American Embassy, they cater to American tastes).  We buy whole coffee beans by the case from Starbucks and grind them ourselves each morning.  We serve brewed coffee at dinners to our international guests and all but a few ask for second servings.  We even give out bags of the beans to friends who have spent time in the U.S. and now find themselves missing the coffee.  I've learned that there is definitely something to be said about leisurely drinking your coffee instead of gulping it between stop lights during your morning commute.  Some days it really is nice to sit back and enjoy your coffee.  But in the end I'd prefer to sip a Cinnamon Dolce Latte on the go.  That is really more my speed.
Posted by Zosia at 14:14