On Human Kindness And Understanding 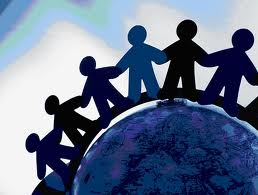 My blog post from yesterday sparked a lot of conversation between myself and friends, both those I know in real life and the ones I only know virtually.  I've been blogging for a year and a half and yesterday's entry received more hits in its first twelve hours than most of them do over the course of a full week.  While many of my posts are personal, they really aren't about me; their themes transcend far beyond my personal world.  I'm neither the first person nor will I be the last who experiences personal heartbreak and joy, has strong reactions to current affairs, and generally wonders what is happening in the world around us.  As I've said so many times before, my hope is that through my writing I can help bring about an awareness of situations, make my readers think, and more importantly create the start of conversations that need to take place. And with yesterday's blog I seem to have done just that.

I've received an amazing number of messages from people who read that post.  There were much appreciated offers of sympathy and support but the most poignant ones of all were those from people who shared their own disturbingly similar personal stories.  It saddens me that so many of my friends have also experienced the life shattering pain that I wouldn't wish upon my worst enemy.  Regardless of the circumstances around each friend's miscarriage, two consistent themes arose from yesterday's messages.  First, each person felt scared, alone, and initially blamed themselves for having caused the miscarriage.  The second theme, a continuation of the feelings of loneliness, was that most people were afraid to share their experiences with others but when they did, they realized that they were very much not alone.  And I think that is a powerful message that transcends far beyond miscarriages and into life itself.

How often do any of us really know what is going on with the person next to us? We may be quick to be judgmental (I know that at times, I am, but I am really trying to work on this), about the actions of others but do we really know what is driving those actions. If a co-worker is always sad, short tempered, or in a foul mood, do we know why that is?  Is the normally cheerful person suddenly withdrawn?  For most of us, it is much easier to broadcast our good news than it is to share the bad.  We may internalize our problems because we are deeply private, in shock, or just plain scared.  Eventually these unspoken problems are likely to manifest themselves in other ways that we and the people around us might not understand.  And this is OK too.

Now I'm not advocating for public dishing sessions around the office water cooler.  Perhaps your co-worker is in chronic pain from a medical condition, has just suffered a loss, or has recently received devastating news.  Unless they choose to share the information, it isn't any of your business if the person next to you is suffering an illness, a loss, or an unnerving disappointment.  What is important is that we all take a step back and not be so quick to judge.  We can show our support just by being non-judgemental.  What isn't said can be even more powerful than what is said.  I beg of each and everyone of you to take a moment to think about why someone might be saying the words they are or reacting in an unusual way.  Don't judge; just try to understand.  Be kind and show some compassion and understanding.

If even one person who reads this thinks about what I have written and acts upon it, I will feel like these words have made a difference.  And trying to make a difference is really why I blog.
Posted by Zosia at 11:16