Its A Crazy Crazy World 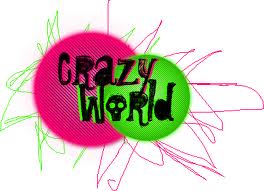 Sometimes you just need a good laugh.  Or a moment to reflect on how much crazier your already crazy life could be. January has been one of those months for me. Its been ugly and emotional yet uplifting and comforting at the same time. In reflecting upon the past thirty-one days I realize that despite all of the ups and downs, my life is a very good one. I have the love of my family and friends, my husband and I are gainfully employed, and we have many opportunities that others could only dream about.  Yes I am grateful.  But as I reflect on the past month I'm reminded that there really is a lot of crazy out there.  Here's a sampling of recent news stories that will either make you laugh or cry or perhaps a little of both.

And just in case you thought all of this craziness was confined to American soil:

Email ThisBlogThis!Share to TwitterShare to FacebookShare to Pinterest
Labels: American culture, news of the bazaar