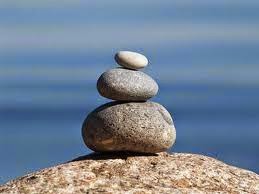 Where you sit depends upon where you stand. What one person loves the next person despises. Some people would do anything to have one opportunity while others couldn't be paid enough to endure the same experience. Do you ever read an online review and wonder why the same product, hotel, or restaurant can receive both rave reviews and abysmal pans? It is what makes us as humans unique. There is really something for everyone out there. And it helps explain why what turns one person on turns off the next.

A recent conversation with another American here in Mons made me realize how true this all is. She was asking me how we were liking Belgium so far and when I told her that we were really enjoying being here, she expressed surprised since so many Americans have a hard time adjusting to life in Belgium and generally, the Belgian way of doing things. Now, I'm not saying things have been all smooth going since we arrived, but I assured her that compared to where we had been, life here was pretty darn nice. Prior to arriving here we had been warned that living in Belgium was simply a different experience- the roads aren't great, people can be persnickety, customer service leaves a lot to be desired, and the pace of life is simply slower than what Americans are accustomed to. I can see how many Americans might feel this way, particularly those who are transferring directly from neighboring Germany, but for us, after spending several years in Albania, none of these things bother me in the least.

Take the roads; here the roads are narrow and have their share of potholes but even the narrowest of dirt or cobblestone roads are better maintained than most portions of the main highways in Albania. And there are fully functional streetlights along every road. They might not be as bright or even strategically placed as they are in the United States but just having lights is in complete contrast to Albanian roadways. And Belgian drivers? They are aggressive but law abiding when it comes to stopping, staying in one's own lane, and parking. And in Albania........not so much. No, you won't hear me complaining about any of those things here. But many Americans do complain about the roads. And the drivers. And any of a myriad of other quality of life issues. Then again, I complained about many of these very same things in Albania while others there had no such concerns about the very same issues.

And then again I wonder how much I will complain about these same things once we are back in the United States. Will the conformity and rules of American suburbs drive me crazy or will I welcome their order? Will I relish the strip malls and shopping centers after years of shopping in often inaccessible neighborhood markets? Will I speed down the wide open highways with abandon or miss the narrow winding Belgian roads? These are the very same things that I loved when we were living in the United States. The one thing I know is I will approach it all through a different perspective than before. A perspective which will likely be different than those around me. I might love it or hate it but at the end of the day it will all be relative.
Posted by Zosia at 09:38