Living In A Bubble Wrapped World

Is this your child? 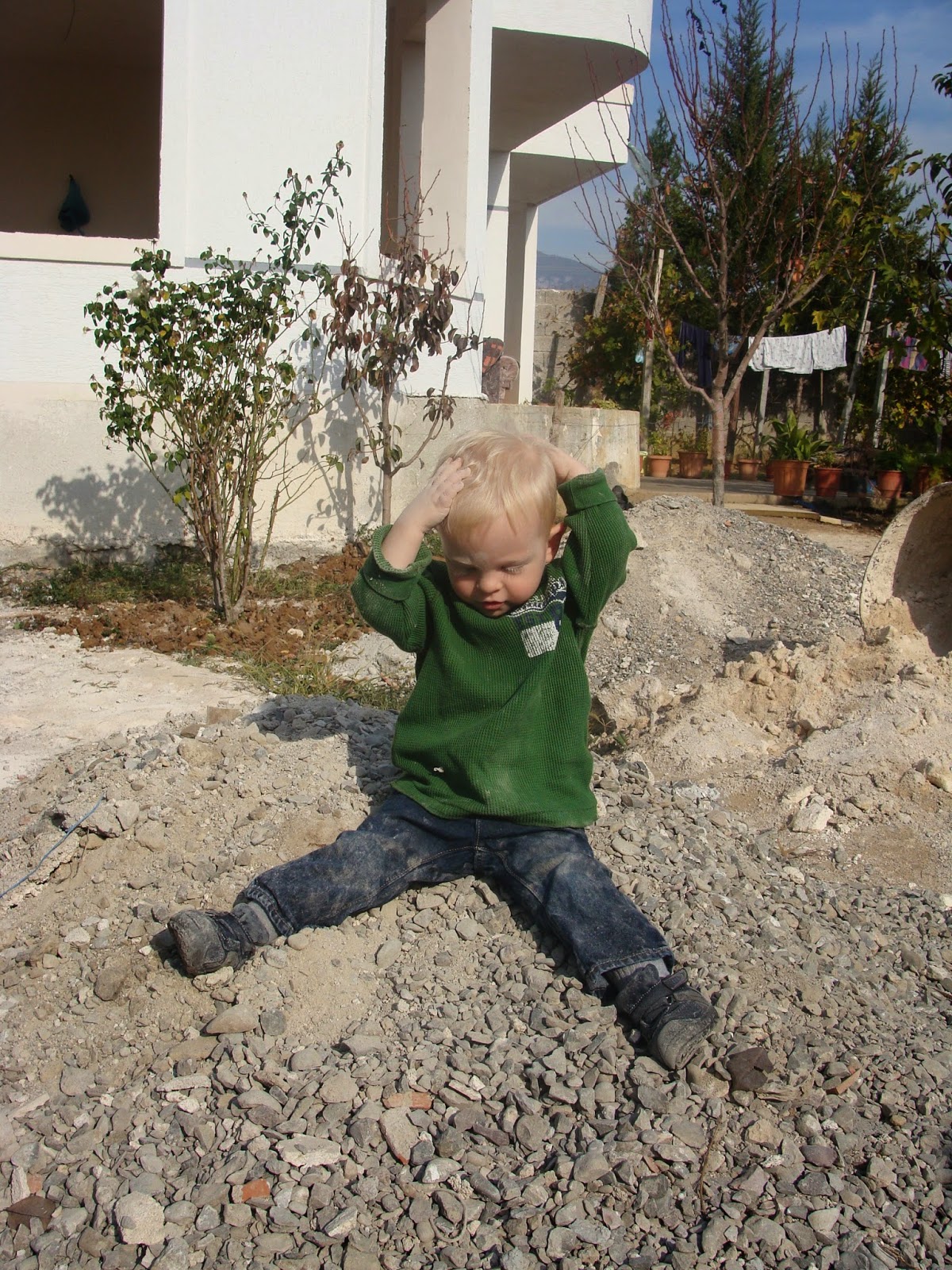 Can you guess which one is mine?  Yes, dirt and all he is the second one. The picture was taken about three years ago. And little has changed since then; look around the playground and my son is the one covered in dirt and grime, waving a stick or two and wearing his skinned knees and elbows proudly as though they are a badge of honor. Sidney does have a sensitive side and loves to play kitchen but most of the time he is all boy. He is fiercely independent, can turn the most innocuous stick into a toy that will entertain him for hours, loves mud, crashing cars, and hunting for bad guys and thinks nothing of getting bumped and bruised. If he falls down he picks himself up and carries on.

A recent article in The Atlantic  by Hanna Rosin explored the somewhat recent turn towards the over protection of children and what this means for the way today's children play, grow, and interact. In today's litigious happy environment, the fear of being sued for millions of dollars has everyone from school districts to cities and private businesses essentially bubble wrapping their playgrounds lest an accident happen. This is especially true in America where today so many playgrounds are padded and colorful yet not all that exciting. Rosin contrasts this with a European playground that is much more organic in every sense of the world.  "The Land" in Northern Wales, which in many respects is a glorified junk yard filled with old tires, mattresses and other household debris which would horrify many parents while exciting adventurous kids. The land has set operating hours and is supervised by "play attendants" who watch but generally keep their distance from the children at play. Playground developers say the play space teaches the ideas of cause and effect and natural consequences while creating independent children rather than children who are protected and sheltered from anything and everything that could be deemed dangerous. By far my favorite quote from the article which I believes sums up the issue is "If a 10-year-old lit a fine at an American playground, someone would call the police and the kid would be taken for counseling. At the Land, spontaneous fires are a frequent occurrence." I can just see this stated scenario being played out on any American playground and couldn't agree more.

I'll admit, arriving in Belgium, and back on a military base and seeing rubber padded playgrounds and safe plastic structures was a bit refreshing after spending time in Albania where such playgrounds were few and far between. The norm there was old metal, circa 1970 playground equipment set up over hard concrete pads. If kids fell or hurt themselves, well that was their fault. There was no thought to sue the playground owners since it was believed that kids and their parents shouldered the individual responsibility for staying safe. A large part of me really agrees with this philosophy. Yes I saw some horrifying playgrounds and there were a few where I played the "bad cop" and kept my son off of them. Others were alright by my standards but wouldn't pass muster in the U.S. In those play areas I watched Sidney closely but let him do his thing. He would be cautious at first while learning what he could and couldn't do safely. Did he have accidents? Sure. There was the occasional bit of blood and a lot of tears but he always picked himself up and returned to playing no worse for the wear. When we first arrived here Sidney loved the brightly colored playground at the American school but he now prefers the less sophisticated but more rough and tough one across the street. After all this playground not only has a splinter inducing climbing structure but a zip line as well. What American playground geared towards elementary school aged children has that?

Back to the picture of Sidney playing in the pile of dirt. It was actually construction debris and who knows what was in the soil but he had fun. We cleaned up afterwards with lots of soap and water and there were no ill side effects. All that came out of it was Sidney's request to do it again. And he did, in various forms and incarnations throughout our time in Albania. He thought nothing about clambering over piles of rocks and dilapidated ruins or scrambling along castle walls without railings. He learned to be careful and would caution others to be as well. As I watch him on the playgrounds here I notice that while many of his peers cry when they fall he doesn't. (Yes, he cries at other times but that is a totally different story). He picks himself up and carries on later telling me that only babies cry. Yes, that's my big boy. My big boy who has grown up playing in dirt piles and unpadded playgrounds and is doing just fine. I can only hope he continues to carry his innate sense of curiosity, ingrained sense of caution in new situations and willingness to explore. There hasn't been and won't be any bubble wrap in this little guy's future.
Posted by Zosia at 08:51